Robbers Attempt to Board PIL Boxship in Gulf of Guinea

Perpetrators tried to board a containership owned by Singapore’s Pacific International Lines (PIL) while the vessel was sailing on the high sea in the Gulf of Guinea on February 21, 2019.

Two of the perpetrators attempted to hook a ladder to ship’s hull. However, they were not successful and slowed down the pursuit.

The perpetrators then fired two gunshots toward the ship’s bridge and subsequently to the ship’s accommodation.

There were no injuries to the ship’s crew and no damage to the vessel reported. In addition, no items were stolen, according to ReCAAP.

Following the incident, the Post-Panamax boxship met an armed escort ship and proceeded to the Port of Onne in Nigeria.

The ReCAAP ISC has urged shipmasters and crew to report all incidents of piracy and armed robbery against ships to the nearest coastal state and flag state, exercise vigilance and adopt relevant preventive measures. 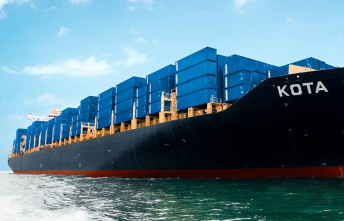